How to Write Great Blog Intros Every Time (+5 Examples) 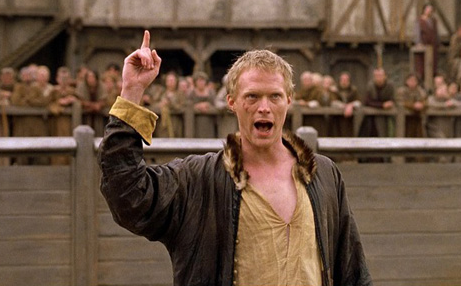 Despite popular misconception…the hook is more than a marketing tool. At its best, it can be not only a propellant but also a statement of what you might expect from the text to come.

I have a confession. I’ve made a successful living as a freelance writer without being all that good at writing intros.

Oh, I hit the mark sometimes. This intro is pretty good because it gets straight to the point. And I’m not sure I’ve ever written one better than this. And in this one, I used the guise of citation to steal an intro from Herman Melville.

But can I summon forth clear, to-the-point intros like that on command?

Sort of. Sometimes. Not always.

Here’s the Catch-22 of being a freelance writer: you’re at the mercy of client desires. You may write what you think is a clever intro, only for an editor to say “this is clever, but can we segue directly into the stats?” (Fun fact: one client once asked me to be “more boring.” Lol. Can do.) Or an editor may assign you a topic about which you have no earthly idea how to begin. The quality of your intro reflects that.

I was recently struggling in a similar situation when I came up with the idea for this post. “Hey, I love figuring out my intros…what if I looked at some great ones and see how they did it?”

I’ve heard people quote this post a zillion times because 1) it communicates a worthwhile idea that you likely hadn’t heard before this and 2) Kelly doesn’t waste time beating around the bush. His intro just hands the idea to you. “Here it is. What do you think?”

Yes, you can fall back on some time-tested techniques. You can open with problem-agitating questions. You can go straight to the stats.

Example #2: “Experiencing Sudden Loss Taught Me to Prioritize Myself”

–Alyssa Towns, Experiencing Sudden Loss Taught Me to Prioritize Myself

I put this example second because I want to avoid coming up with an “intro formula” and try to write everything like “1,000 True Fans.”

Towns’ intro reveals you can bury the most startling sentence in the third paragraph and still have an engaging, intense introduction to your post.

What I most love about this is that Towns didn’t put the “During the spring semester of my junior year…” sentence up top. The context matters here. It matches the topic of the post. Beyond that, Towns’ first two paragraphs start you down a path where you’re expecting to read about how not to put too much pressure on yourself…

Then that sentence about her Grandma smacks you in the face, giving the reader a sense of how the real-life event did the same to Towns.

Fun facts: I found this one because 1) I work with Kat and 2) I write for Trello. The Trello editor was showing me which kinds of writing they like to publish on their blog. Helpful, she said, friendly, to-the-point. But after going through some example, she stopped mid-sentence and said: “In fact, just check out Kat’s author history. Hers are always perfect.”

Sure enough, I dug in and found the intros are always tight, on-topic, and usually include a little bit of personality that lets you know the tips you’re about to read are going to be worth the read. Even better, it shows that business topics can be fun, accessible, and creative.

Example #4: “Soylent: What Happened When I Went 30 Days Without Food”

-Josh Helton, Soylent: What Happened When I Went 30 Days Without Food

When I read this intro, I think of advertising legend David Ogilvy. Ogilvy would spend weeks of research on a single topic, waiting for a hook to pop out at him. Like Don Draper coming across “It’s toasted” from learning about Lucky Strike, Ogilvy once got a headline for Rolls-Royce when he heard a technical fact about how silent they run:

He didn’t even write the headline. He just lifted it from the technical specs.

Example #5: “We Have Always Lived in the Castle”

-Shirley Jackson, We Have Always Lived in the Castle

This is a blog post about writing nonfiction intros, but I think it’s worth exploring one of the most famous beginnings to a story of all time. What Shirley Jackson does here is accomplish two things at once. On the surface level, she gives us clear exposition about the world of Mary Katherine Blackwood. One level deeper, she gives us character details: “I dislike washing myself.” Three levels in, you have the voice of Mary Katherine Blackwood, wondering if she could have been born a werewolf, having no family at the young age of 18. It is an intro that sounds like exposition, yet has absolutely no fluff. That isn’t intro-as-science. That is intro-as-art.

How to Write Great Blog Intros Every Time

Here’s the trick: you aren’t going to. But you will start to sound like you are if you remember the following lessons from the examples above:

And that’s all I got.

(Sorry. “How to write AWESOME CONCLUSIONS” is going to have to come another day.)