Humility is the Ultimate Lifehack 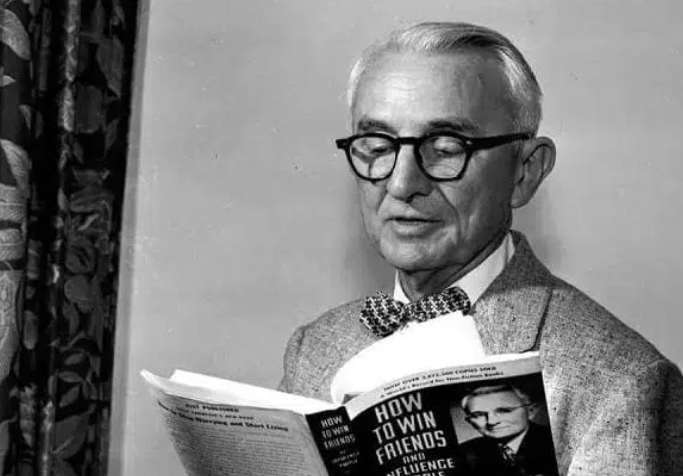 In 1935, employees of the White Motor Company called a strike and new company president Robert Black faced a critical crossroads.

On one hand, he could do what most of us would do. He could dig his feet in. He could argue. He could escalate the situation and try to crush the striking union. He could complain about all the cigarette butts the strikers were leaving on the ground, the mess they were making of a company that was just trying to make some cars and turn a profit.

On the other hand, Robert Black wasn’t that sort of manager.

Instead, he noticed the striking workers were outdoors all day and had nothing to do. Rather than go out and tell the striking employees to go home, Black went to a store and bought baseball bats and gloves. Rather than tell them not to mess up company property, he invited them to play ball on vacant lots. Rather than groan to the papers and claim the strike was the employees’ fault, Black took out an advertisement in the local Cleveland papers and praised the peaceful way the employees protested.

What happened? Did the employees walk all over him? Did they think him a coward because he didn’t project authority?

No. They took out brooms and started sweeping up. Within a week, the strike had resolved.

Over the next few decades, Robert Black built the company up into a success. Says Wikipedia:

On the outside looking in, our egos safely removed from the situation, it seems easy to choose the Robert Black route. We all want to think we are kind, caring, rational individuals who always see the other side of the debate.

Humility is trickier than most people imagine. When threatened, we tend towards fight-or-flight. When a great opportunity to demonstrate the power of humility arrives, the physics of human nature kicks in. We argue. We assert our correctness. We plant our flag and inwardly declare our right to be right.

As difficult as it is to resist that temptation, don’t do it. 99% of the time, humility is the better choice. Here’s why.

Here’s the cynical reason humility works. Human nature is such that people like to feel important and powerful. When you willingly submit to the other person’s correctness, the only way the other party can hold on to that self-importance is treat you with mercy.

What do we do when we see someone down? If you’re a monster, you kick them. But most people aren’t monsters. Most people pat them on the back.

In How to Win Friends and Influence People, Dale Carnegie tells the story of when a policeman caught him walking a dog without a muzzle—despite Carnegie’s promise to do otherwise.

I was in for it. I knew it. So I didn’t wait until the policeman started talking. I beat him to it. I said: “Officer, you’ve caught me red-handed. I’m guilty. I have no alibis, no excuses. You warned me last week that if I brought the dog out here again without a muzzle you would fine me.”

“Well now,” the policeman responded in a soft tone. “I know it’s a temptation to let a little dog like that have a run out here when nobody is around.”

“Sure it’s temptation,” I replied, “but it is against the law.”

“Well, a little dog like that isn’t going to harm anybody,” the policeman remonstrated.

“No, but he may kill squirrels,” I said.

“Well now, I think you are taking this a bit too seriously,” he told me.” I’ll tell you what you do. You just let him run over the hill there where I can’t see him—and we’ll forget all about it.”

That policeman, being human, wanted a feeling of importance; so when I began to condemn myself, the only way he could nourish his self-esteem was to take the magnanimous attitude of showing mercy.

I know. That is a stone-cold cynical assessment of why it works.

But it’s also predictive. Other people will want to feel important no matter what you do. If you resist them and argue with them, they can only regain that importance by throwing more resistance back at you.

Employ humility, however, and the equation changes. You’re creating a vacuum. It’s essentially reverse psychology at that point: you’re telling them to strike the other cheek, and suddenly they no longer want to.

Arrogance plays to our baser instincts. We want respect. We want social status. We want people to recognize our-hard-work and what-we’ve-done-for-the-company and argh-why-won’t-people-give-me-the-respect-I-deserve-because-I-worked-really-really-hard-and-I-don’t-think-people-appreciate-me-and-if-they-could-just-buy-me-an-ice-cream-I-would-be-happy.

Other people want this, too.

Consequently, our experience with other people teaches us that people are sometimes self-exalters. They will interrupt our joke to tell their superior joke. They will show off their Lambo on social media. They will dig in when you argue with them.

Humility is the ultimate pattern-breaker. It stops people in their tracks. They now have to consider you in a new light. If they were wrong about how you would react, what else might they be wrong about?

Humility is the Basis for Empathy

As legend goes, Michelangelo was hard at work sculpting the David when the mayor of Florence stopped by to have a look. According to this mayor, the nose was too thick. Perhaps Michelangelo could whittle it down?

Michelangelo took a handful of dust, pretended to whittle it down—dust flying down from his hands—and presented the nose, having done no additional sculpting.

Much better, the mayor said.

But he didn’t argue the point.

He understood that the mayor simply wanted to make a contribution, to feel important. Michelangelo, thusly humble, gave him the feeling of contribution.

Rather than arguing, Michelangelo may have taken the time to consider why the mayor would come along and say something like that. And in that humility, he discovered what the mayor really needed.

How to Apply Humility in Business

As Dale Carnegie relates, Anna Mazzone was a marketing specialist for a food packer. Her first big assignment was to test-market a new product. When the test results came back, she saw that her data was useless. She’d made a mistake somewhere along the way. Suffice it to say, the company would have to repeat the entire process—and it was going to cost them.

When time came to report the results to her boss in a team meeting, Mazzone was terrified about how her boss would treat her. She delivered the results frankly, then sat down, bracing herself for the screaming and yelling that was undoubtedly headed her way.

But the boss broke the pattern.

He thanked me for my work and remarked that it was not unusual for a person to make an error on a new project and that he had confidence that the repeat survey would be accurate and meaningful to the company. He assured me, in front of all my colleagues, that he had faith in me and knew I had done my best, and that my lack of experience, and not my lack of ability, was the reason for the failure.

I left that meeting with my head held up in the air and with the determination that I would never let that boss of mine down again.

If the boss was solely focused on himself and the gratification of his own ego, he might imagine that her error would reflect poorly on him.

But he wasn’t. He clearly understood everyone would be better served if he reinforced his trust in his employee. Her response wasn’t to walk all over him. It was to show her appreciation for that trust by working harder than ever.

Tips to Put Humility Into Action

Sorry for using the term “lifehack.” I prefer those “lifehacks” that tell you how to cure the hiccups. But I can think of no better word for the role humility can play in your life.

But let’s get specific. “Be more humble” is vague; what can you actually do as a freelancer, a businessperson, a person who interacts with the world on the daily basis?

Finally, be grateful for what you do have. In Judaism, there is even a prayer of thanks for a healthy bowel movement. It sounds like a lot, until you consider the plight of people who have IBS, diarrhea, colostomy bags. Of course a normal trip to the bathroom is an occasion for gratitude. There is someone out there who would love to trade places with you.

There’s an innate humility in gratitude. It acknowledges that we are not special people deserving of great things by mere force of greatness, but that we’re all the same people, frail and mortal and flawed and tired and hungry.

Give the other person a little slack—and don’t be surprised if they do the same.

If you liked these words, drop me a line and see if I can’t pick out a few for you.